The Queensland Art Gallery celebrates its 40th anniversary at our South Bank site on 21 June 2022. Over the coming weeks, we will look back at the Gallery’s history, delve into our archives, and share our stories.

Since the Gallery opened at South Bank in 1982, the Cultural Centre has evolved into the arts and culture centerpiece of Queensland. Together the Queensland Art Gallery with the Cultural Centre are architecturally significant and demonstrate the evolution of modern landscape architecture in the State. To start, we look into the many proposals to get to where we are today.

Throughout the late 19th century and the first half of the 20th century, the major Queensland cultural institutions most recently were accommodated in a range of facilities throughout Brisbane: the Queensland Museum and the Queensland Art Gallery (1930-1975) in the Exhibition Building on Gregory Terrace (illustrated), followed by the MIM Building (1975-1982), the State Library in William Street, while performing arts companies utilised a variety of venues including the Concert Hall in the Exhibition Building, Her Majesty’s Theatre, Queen Street, and the Brisbane City Hall.

The idea to amalgamate two or more of the key cultural institutions in Brisbane was first proposed in 1889 when, the Queensland Department of Works held a competition for the design of a Museum, Art Gallery and Library. The competition was won by Charles McLay who proposed an imposing neoclassical building on a site in Wickham Terrace above Central Railway Station (illustrated). Tenders were called for the project in March 1891 just as the government was facing a financial crisis and construction did not proceed.1

The idea of a cultural centre was again canvassed in 1927 when Raymond Nowland, architect and town planner, addressed the Town Planning Association of Queensland on the development and beautification of North Quay. Nowland proposed an ambitious scheme that involved removing unhappy structures fronting the Brisbane River and replacing them with an enlarged public Library and an Art Gallery.2 Nothing eventuated but in 1934, Nowland re-visited the concept when working as a senior architect in the Department of Works. He was responsible for a scheme involving the redevelopment of Wickham Park fronting Turbot Street. Nowland proposed an ambitious project of three new public buildings: a Dental Hospital, Art Gallery and Public Library (illustrated). The Courier Mail enthused about this ‘Civic Cultural Centre’, claiming that ‘at last a Queensland Government has been brought to recognise the State’s need of a National Public Library and a National Art Gallery worthy to bear those names, and to admit, also, some responsibility for repairing a long neglect of public cultural facilities in Queensland’s capital’.3 The Dental Hospital was built (completed in 1941) but not the Art Gallery and Library. They would have to wait.

As Brisbane emerged from war-time restrictions on construction and public works projects in the later part of the 1940s, attention turned to major civic improvement schemes including beautifying the city and cultural facilities. In 1948 a scheme was proposed to move the Supreme Court buildings (illustrated) further east along George Street and create a square with an Art Gallery and new State Library.4 In the following years, the Lord Mayor, Alderman Chandler (1940-1952), proposed a scheme of creating a wider tree-lined Albert Street from the City Hall to the Brisbane Botanic Gardens and that ‘the Art Gallery and Conservatorium should be housed near the gardens, as well as an opera house and library’.5 Again, these schemes remained but dreams.

The idea of locating the Art Gallery near the Botanic Gardens continued to be canvassed in the 1950s. To celebrate Queensland’s centenary in 1959, a proposal was submitted to Cabinet for the construction of a new gallery on a site near Government House at Gardens Point (illustrated). The government responded enthusiastically and the Premier announced that a world-wide competition would be conducted for the design of the complex. The scheme quickly expanded into not only an Art Gallery but also a multi-purpose hall with seating for 1500 patrons for use for musical and dramatic presentations.6 This building was to be known as ‘Pioneers’ Hall’. The complex would be funded by a mix of public donations and government assistance. A committee was established comprising prominent identities associated with the arts and chaired by the Premier. Problems, however, soon emerged with the proposal. First, the Brisbane City Council announced in April 1959 that it was considering extending George Street through to the river for a new bridge at Gardens Point. Consequently, the area of land for the proposed Cultural Centre would be curtailed. Secondly, potential art-loving benefactors were concerned that their contributions would be devoted to the ‘Pioneers Hall’ and not a new Art Gallery. After the euphoria surrounding centenary celebrations had subsided in 1959, the scheme was eventually abandoned.

Another site in the Brisbane CBD soon emerged as the possible location for a Cultural Centre. The Brisbane Municipal Markets (illustrated) had operated from a site fronting Roma Street since 1881 and in 1960, the Market Authority decided to relocate to a new site at Rocklea. A range of uses for such a prime site were soon forthcoming, including a proposal by the Brisbane Women’s Club that it be reserved for a ‘Cultural Centre, together with a self-governing Art Gallery with adequate car parking facilities provided’.7 The State government commissioned the architectural firm, Bligh Jessup Bretnall and Partners, to prepare a master plan of the Roma Street precinct. The plan included a new state Art Gallery and Centre for Allied Arts located on the market site.8 While the government endorsed the plan and the location of an Art Gallery on Roma Street, the Brisbane City Council, who by this time had responsibility for the former market reserve, opted for a park.9 The council’s view was that a Cultural Centre was best suited in the Botanic Gardens as it had aspirations of developing a new botanic gardens at Mount Coot-tha.10 So like all previous proposals for a cultural centre, the Roma Street site had been abandoned by the end of 1968.

RELATED: An historical perspective of the Queensland Art Gallery

DELVE DEEPER: The history of the Queensland Art Gallery

Within the Department of Works, however, the concept was still alive. The need for a new Art Gallery was a priority, but in late 1968, the senior architect in the Works Department wrote to the Director-General of the Works Department suggesting that the Gallery ‘should be part of a complex of buildings dedicated to cultural purposes, including an opera and drama theatre and the Queensland Museum’.11 This idea was pursued with the Minister, who then raised the matter with the Premier. It was urged that a Select Committee be established to examine the need for a Cultural Centre, investigate the most appropriate site, and recommend methods of financing.12 The Premier then referred the matter to the Treasurer. Although in general agreement with the concept, the Treasurer maintained that a new Art Gallery was a ‘matter of urgency’,13 and was concerned that establishing such a committee would potentially delay for several years a new Art Gallery.

From its beginnings in 1895, the Queensland National Art Gallery had occupied a succession of spaces in various public buildings. These facilities were less than adequate and the Gallery Board of Trustees lobbied the Queensland Government over an extended period for a purpose-built Gallery. Finally in November 1968, the Board convinced the government to act and in January 1969, Cabinet approved the establishment of the Queensland Art Gallery Site Committee. The search for a suitable site would begin.

This is an edited extract from the Queensland Cultural Centre Conservation Management Plan (published 2017), prepared by Conrad Gargett in association with Thom Blake, Historian and heritage consultant. Thom Blake researched and wrote the chapters on the history of the Cultural Centre and revised statement of significance. The individual building’s architecture, the site’s setting, landscape and fabric were investigated by Luke Pendergast with principal support by Robert Riddel. Alan Kirkwood and Peter Roy assisted with advice on the design approach and history of the planning and construction of the Cultural Centre.

Inside the Sketchbook of Kayoon Anderson

Forming Citizens for a New Era: Soviet Children’s Books and their Reception in Europe 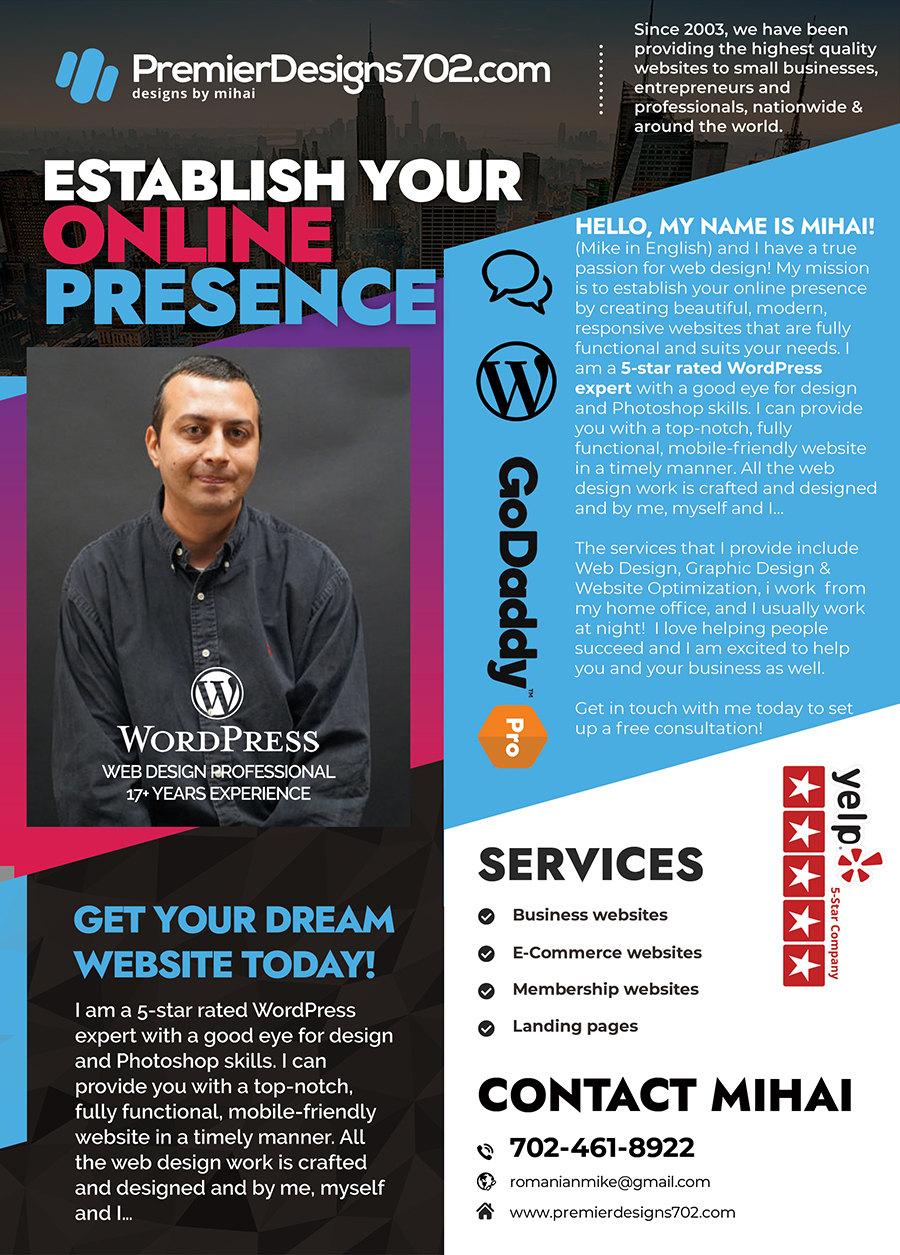